I am running because we deserve better.

Nick grew up in Holland, Ohio—a small working class town outside of Toledo. He’s the oldest of three kids. His mother is an artist and a hairdresser. His father is a small business owner. Growing up, his parents were adamant about creativity, community, and connection. They encouraged Nick to participate in the community and find ways to give back. As a result, Nick spent much of his youth volunteering and finding ways to be of service.

In high school, Nick had the opportunity to travel abroad, engaging in service work with a humanitarian organization. This experience opened his eyes to underserved communities world-wide. When he returned home, Nick realized that many of these same injustices were present in his own neighborhood.

Nick went on to study at Indiana University where he received a degree in Journalism. During his freshman year of college, his mother was unable to afford health insurance, and Nick had no way to help her. That is when Nick began volunteering for the Obama campaign. Nick worked to register student voters, helping to flip that state for the first time in nearly 50 years. When President Obama won and the Affordable Care Act was passed into law, Nick’s mother was able to get the care she needed. This medical security gave her the freedom to open her own small business. This was the moment that sparked Nick’s interest in politics, because he realized that every decision, from voting to volunteering, affects millions of people’s lives— just like it affected his mother’s. 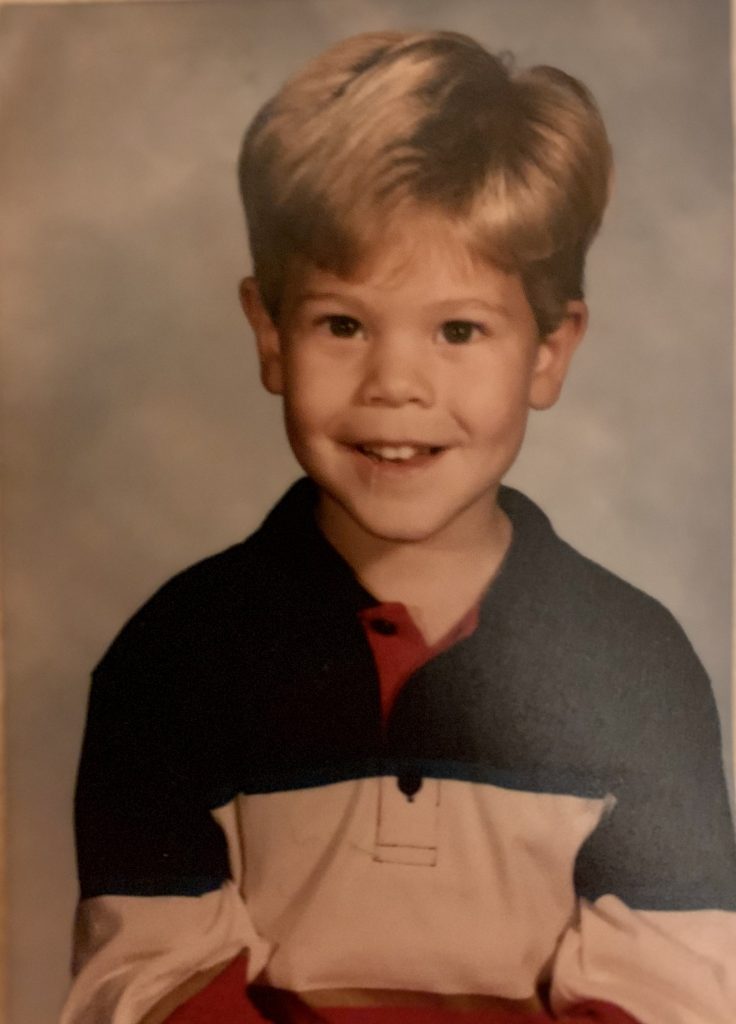 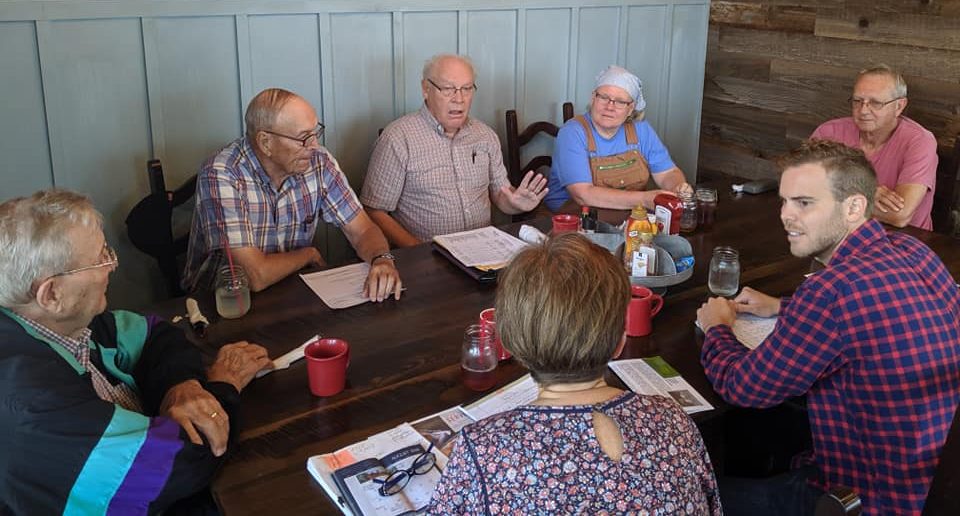 After college, Nick realized that many of the problems plaguing our communities stemmed from the fact that people were unable to live healthy productive lives. Whether it was affordable healthcare, clean drinking water, or fair wages, Nick could see that the American people needed help. He was one of the early employees at a tech start-up whose mission was to make healthy living easy and affordable for everyone.

Nick did not stop there. He continued to organize, working with friends and leaders in the community to mobilize environmental cleanups, fund children’s art programs, and support low-income families in need. He drew on his organizing experience once again when he worked as a volunteer for a congressional candidate in California, flipping a long Republican held US House seat.

While still working at the start-up, Nick began researching the American food industry. He was stunned to learn about the widespread practice of CAFOs (concentrated animal feeding operations). These factory farms are not only terrible for the environment, but also drive out family-owned farmers who have been working their land for generations. Nick found that some of the largest and most egregious CAFOs were located in his home district, polluting Lake Erie and crushing local business. Nick decided to run for office because he recognized that there is work to be done in Ohio. He is starting a movement that believes in everyday people, fights for our communities, and finds common sense approaches to injustice.

In 2020 Nick became the Democratic Nominee for US Congress in OH-05. He fought to expand healthcare coverage, protect our environment, and improve our economy for working class individuals. His campaign was endorsed by US Senator Sherrod Brown, Brand New Congress, United Auto Workers, United Food and Commercial Workers, Planned Parenthood Action Fund, Sierra Club and many more. Though Rubando lost this election, he built a robust coalition focused on community organizing and creating positive change. 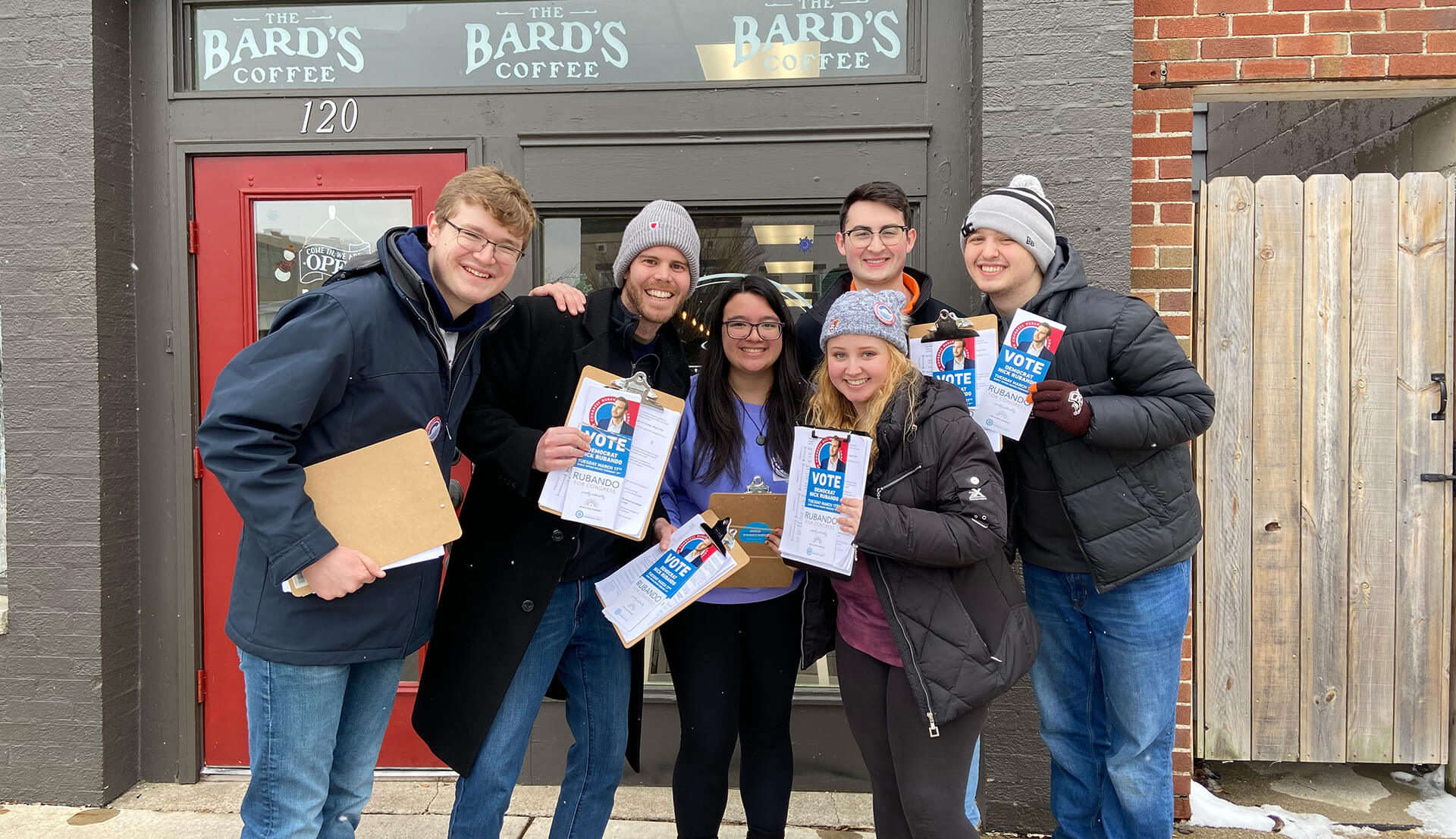 Our community is the heartland of America: an area made up of farmers, labor workers, teachers, and nurses. We must have representatives that reflect and listen to our people.

Government should work for everyone. We need leaders who will fight for progress, and advocate for change. Together we can end the gridlock and deliver the support that people so desperately need.

Nick knows that this fight will not be easy. We are up against gerrymandering, corporate dark money, and radical disinformation. This might seem daunting, but Nick has been here before. He has organized, he has led, he has overcome. Nick believes in our community, and the future belongs to those who believe.